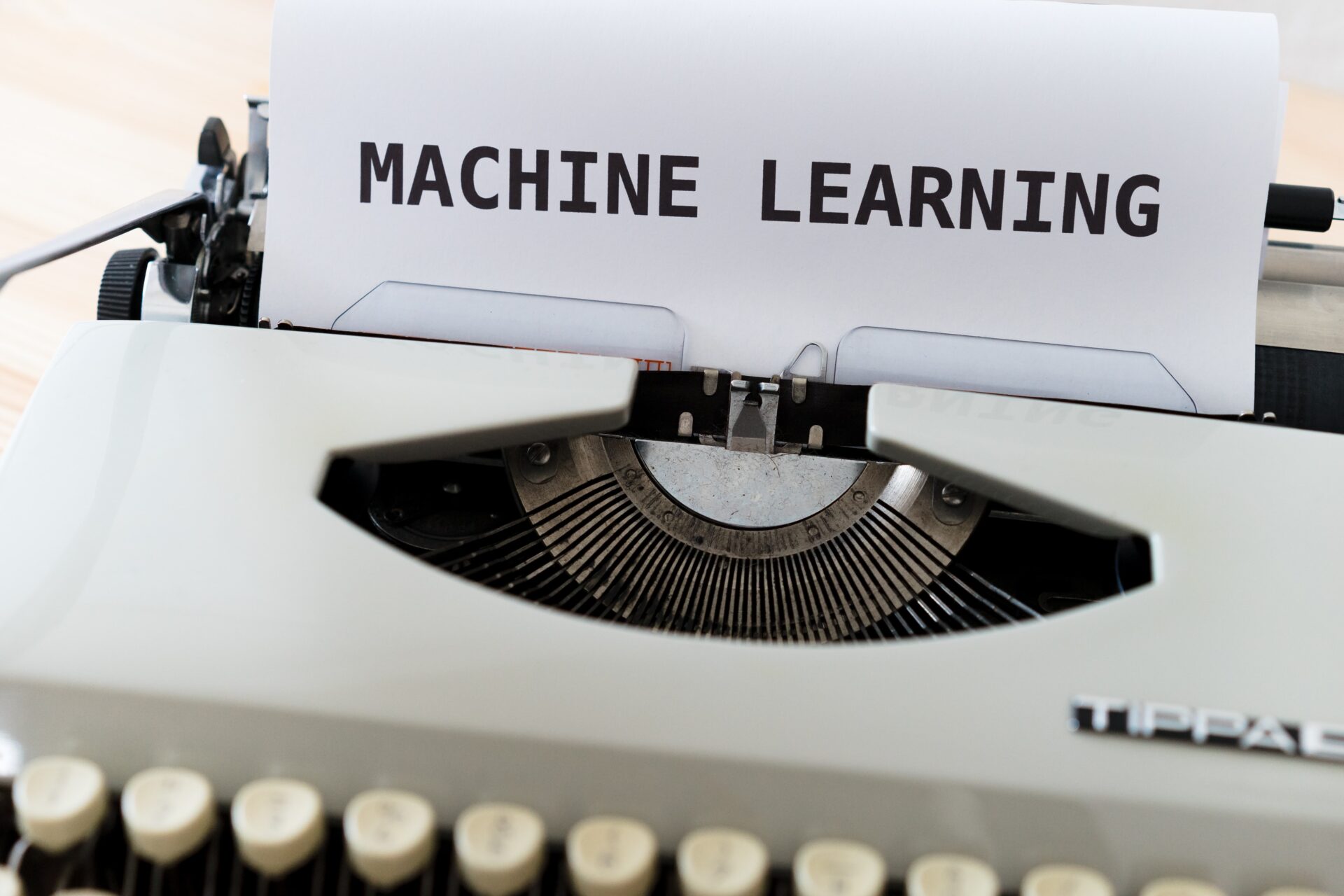 In the supervised machine learning world, there are two types of algorithmic tasks often performed. One is called regression (predicting continuous values) and the other is called classification (predicting discrete values). In this blog, I have presented an example of a binary classification algorithm called “Binary Logistic Regression” which comes under the Binomial family with a logit link function. Binary logistic regression is used for predicting binary classes. For example, in cases where you want to predict yes/no, win/loss, negative/positive, True/False and so on. There is quite a bit difference between training/fitting a model for production and research publication. This blog will guide you through a research-oriented practical overview of modelling and interpretation i.e., how one can model a binary logistic regression and interpret it for publishing in a journal/article.

Step1: At first we need to install the following packages using install.packages( ) function and loading them using library( ) function.

Step2: Next, we need to load the data set from the mlbench package using the data( ) function.

Step 1: After data loading, the next essential step is to perform an exploratory data analysis, which will help in data familiarization. Use the head( ) function to view the top six rows of the data.

Step 2: Before proceeding to the model fitting part, it is often essential to know about the type of different variables/columns and whether they contain any missing values. The str( ) or glimpse( ) function helps in identifying data types.

The glimpse( ) function of dplyr package revealed that the Diabetes data set has 768 observations and 9 variables. The first 8 variables are numeric/double type and dependent/output variable is of factor/categorical type. It is also noticeable many variables contain NA values. So our next task is to refine/modify the data so that it gets compatible with the modelling algorithm.

The final (prepared) data contains 392 observations and 9 columns. The independent variables are numeric/double type, while the dependent/output binary variable is of factor/category type contains negative as 0 and positive as 1.

The next step is splitting the diabetes data set into train and test split by generating random vector-based indices using sample( ) function.

The whole data set generally split into 80% train and 20% test data set (general rule of thumb). The 80% train data is being used for model training, while the rest 20% is used for checking how the model generalized on unseen data set.

Checking the dimension of train and test data set

In order to fit a logistic regression model, you need to use the glm( ) function and inside that, you have to provide the formula notation, training data and family = “binomial”

After model fitting, the next step is to generate the model summary table and interpret the model coefficients. The model summary includes two segments. The first segment provides model coefficients; their significance and 95% confidence interval values, and the second segment provides model fit statistics by reporting Null Deviance (for intercept model) and Residual Deviance (for fitted model). In publication or article writing you often need to interpret the coefficient of the variable from the summary table.

The model fit statistics revealed that the model was fitted using the Maximum Likelihood Estimation (MLE) technique. The model has converged properly showing no error.

The coefficient table showed that only glucose, mass and pedigree variable has significant positive influence (p-values < 0.05) on diabetes. The coefficients are in log-odds terms. The interpretation of the model coefficients could be as follows:

Additionally, the table provides a Likelihood ratio test. Likelihood Ratio test (often termed as LR test) is a goodness of fit test used to compare between two models; the null model and the final model. The test revealed that the Log-Likelihood difference between intercept only model (null model) and model fitted with all independent variables is 56.794, indicating improved model fit. Fit improvement is also significant (p-value <0.05).

In order to understand how the diabetes probabilities change with given values of independent variables, one can generate the probability plots using visreg library’s visreg( ) function. Here, we have plotted the pedigree in the x-axis and diabetes probabilities on the y-axis. The vertical rug lines indicate the density of observation along the x-axis. The dark band along the blue line indicates a 95% confidence interval band.

The ODDS is the ratio of the probability of an event occurring to the event not occurring. When we take a ratio of two such odds, it called the Odds Ratio.

Mathematically, one can compute the odds ratio by taking exponent of the estimated coefficients. For example, in the below ODDS ratio table, you can observe that pedigree has an ODDS Ratio of 3.36, which indicates that one unit increase in pedigree label increases the odds of having diabetes by 3.36 times.

Similarly, the ODDS ratio can be retrieved in a beautiful tidy formatted table using the tidy( ) function of broom package.

Even though the interpretation of the ODDS ratio is far better than log-odds interpretation, still it is not as intuitive as linear regression coefficients; where one can directly interpret that how much a dependent variable will change if making one unit change in the independent variable, keeping all other variables constant. Thus, to get a similar interpretation a new econometric measure often used, known as Marginal Effects.

Marginal effects are an alternative metric that can be used to describe the impact of a predictor on the outcome variable. Marginal effects can be described as the change in outcome as a function of the change in the treatment (or independent variable of interest) holding all other variables in the model constant. In linear regression, the estimated regression coefficients are marginal effects and are more easily interpreted. You could read more about why we need Marginal Effects by downloading the presentation [source: Marcelo Coca Perraillon (University of Colorado)] using the following link.

Click here: Link to “why we need Marginal Effects”

In the STEM research domains, Average Marginal Effects are very popular and often reported by researchers. In our case, we have estimated the AMEs of the predictor variables using margins( ) function of margins package and printed the report summary.
The Average Marginal Effets table reports AMEs, standard error, z-values, p-values, and 95% confidence intervals. The interpretation of AMEs is similar to linear models. For example, the AME value of pedigree is 0.1810 which can be interpreted as a unit increase in pedigree value increases the probability of having diabetes by 18.10%.

Instead of the table, one can visualize the AMEs values using the R’s inbuilt plot function.

After fitting a binary logistic regression model, the next step is to check how well the fitted model performs on unseen data i.e. 20% test data.

Thus, the next step is to predict the classes in the test data set and generating a confusion matrix. The steps involved the following:

The confusion matrix revealed that the test dataset has 55 sample cases of negative (0) and 23 cases of positive (1). The trained model classified 52 negatives (neg: 0) and 17 positives (pos: 1) class, accurately.

Next, we can calculate the accuracy manually using the following formula. The results revealed that the classifier is about 88.46% accurate in classifying unseen/test data.

Similarly, accuracy can be also estimated using the accuracy( ) function from the yardstick library.

The classification report provides information on precision, recall and F1-score.

We have already calculated the classification accuracy then the obvious question would be, what is the need for precision, recall and F1-score? The answer is accuracy is not a good measure when a class imbalance exists in the data set. A data set is said to be balanced if the dependent variable includes an approximately equal proportion of both classes (in binary classification case). For example, if the diabetes dataset includes 50% samples with diabetic and 50% non-diabetic patience, then the data set is said to be balanced and in such case, we can use accuracy as an evaluation metric. But in real-world it is often not the actual case.

Let’s make it more concrete with an example. Say you have gathered a diabetes data set that has 1000 samples. You passed the data set through your trained model and the model predicted all the sample as non-diabetic. But later when you skim through your data set, you observed in the 1000 sample data, 3 patients have diabetes. So out model misclassified the 3 patients saying they are non-diabetic (False Negative). Even after 3 misclassifications, if we calculate the prediction accuracy then still we get a great accuracy of 99.7%.

But practically the model does not serve the purpose i.e., accurately not able to classify the diabetic patients, thus for imbalanced data sets, accuracy is not a good evaluation metric.

To cope with this problem the concept of precision and recall was introduced.

Recall: determines the fraction of positives that were correctly identified.

The model evaluation metrics revealed that the precision and recall values are 0.897 and 0.945 respectively. The F1 score is about 0.92, which indicates that the trained model has a classification strength of 92%.

Area Under the Receiver Operating Curve

The ROC curve is plotted with TPR against the FPR where TPR is on y-axis and FPR is on the x-axis. The line that is drawn diagonally to denote 50–50 partitioning of the graph. If the curve is more close to the line, lower the performance of the classifier, which is no better than a mere random guess. Our model has got an AUC-ROC score of 0.8972 indicating a good model that can distinguish between patients with diabetes and no diabetes.